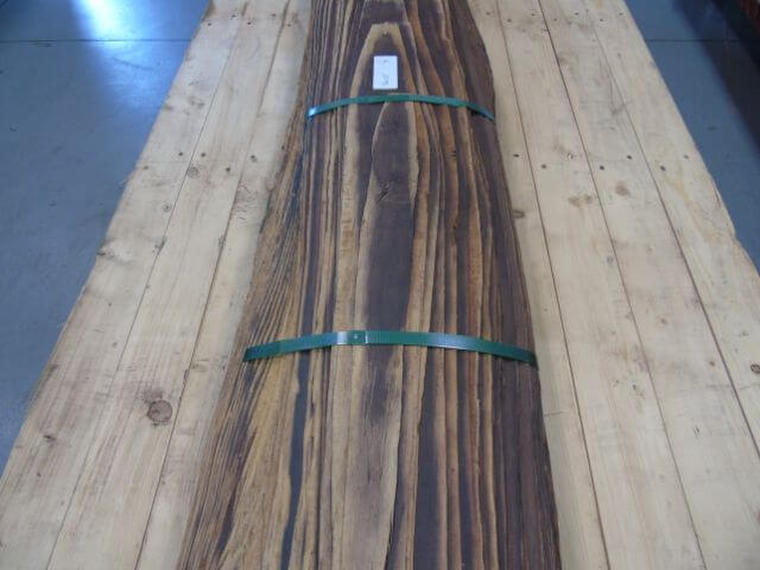 The Rosewood name includes different wood species, of the Dalbergia type, growing in the tropics, particularly in Brazil, India, America and Madagascar known by the botanical name dalbergia greveana in the latter country.

The story so far

A set of chess in Dalbergia latifolia rosewood.

Palisander which is indeed a very heavy wood, weighs 850 kg for a volume of 1m3. Its mass, in addition to its durability and its softness, gives it the value of a fine wood. It is for this reason that in other areas, such as in marriage terms, palisander is also a sign of strength, stability and consistency: a 65th wedding anniversary is symbolised by palisander !

Its great qualities both mechanical and aesthetic have made it a highly sought after wood since the eighteenth century, in particular for making high-quality furniture and musical instruments (the French bassoon is made out of Brazilian rosewood, the body and the fret boards of many guitars, some clarinets, the pegs and button of the violin, viola, cello, bass, xylophone and marimba blades as well).

It is also a wood often used for making sculptures as, despite its strength, it is fairly easy to carve. The "black" pieces of high quality chess sets and are often made of palisander.

Other qualities are also specific to palisander. The third criteria that helps to recognize this precious wood is its resistance to external threats such as termites, fungi or sharp tools.

If some people prefer the combination of palisander with other woods such as teak in order to obtain black and clear shaded objects, and if it is also often mistaken for rosewood, palisander remains a wood with unique qualities.

Regarding the wood's veins/grain, for example, even if they remain visible, Palisander offers buyers and other enthusiasts the feeling of travelling to its natural environment. However, this perception depends on the expertise of the industries for who wood is a passion who, most of the time, work palisander in order to give the final product a perfect surface and erase all traces of its raw state.

Another important feature of Palisander is that, despite its mass, it is a wood very easy to carve and thus allows the creation of various objects you will find out about in the following section.

The possible uses of Madagascar rosewood

Rosewood being very expensive, it has been mostly used as veneer since the 17th century in Western Europe, although one can find furniture made of solid wood, especially in English furniture. The topcoat is usually varnish, which highlights the contrasts of the vein of those dark woods.

The objects that can be made from Madagascar rosewood are very numerous. For example we have musical instruments such as the xylophone for its blades and especially the guitar for his splints and back. We also have the violin for its fret board and pegs or the cello, double bass and bassoon.

The Madagascar rosewood is used just as much in cabinet making as one can find for example armchairs, chairs and other furniture with rosewood decorations. Sculptors also often carve the wood of palisander.

The use of the latter expands also to the naval field which however excludes the elements in direct contact with the sea, despite the resistance of Palisander to moisture.

Furthermore, given its quality as a luxurious wood, some people do not restrict themselves to buying only palisander for interior objects. Indeed, the automotive sector also uses this wood for decorating luxury vehicles.

The Madagascar rosewood is recognized on the international market for its durability and its use in luxury furniture.

What about its marketing?

Victim of over-exploitation, the dalbergia of Madagascar is a protected species since March 2013 and is under international trade embargo.

Indeed, on a proposal from the Republic of Madagascar, the Malagasy trees of Dalbergia and Diospyros genuses were classified in Appendix II of the CITES during the last Conference of the Parties (CoP16) held in Bangkok from 3rd to 14th March 2013.

These new rankings, which concern all ordinary ebonies and rosewoods from Madagascar, are limited to "logs, sawn wood and veneers." They came into force 90 days after the CoP's decision, ie. on June 12th 2013.

it is specified that in the case of ebony and rosewood originating from Madagascar, raw or finished materials can be excluded from these censuses, provided they are accompanied by invoices indicating the geographical origin, scientific name and date of import into the European Union (EU).

These invoices must be dated prior to 22/12/2011 (date of the first rankings in the CITES Appendices), whether the issuer of the invoice is established in or outside the EU.

The material available and authorized for sale

It is particularly difficult to get hold of Madagascar rosewood, but there are still logs available from furniture manufacturers having retained stocks in their inventory when their factory closed in the 1980s. Essarbois took the opportunity to become the owner of a batch, with extraordinary dimensions and quality (very dark wood), of 7 Madagascar rosewood logs whose arrival in France dates back to the 1930s. The origin of these woods, the product of an inheritance, is duly certified by a notarial deed, thus avoiding any doubtful interpretation as to its origin.

Here are the details of the Madagascar rosewood logs, property of Essarbois for sale:

The Essarbois Company offers, besides the sale of the raw product, the possibility of transforming the Madagascar rosewood logs, either into:

Did you enjoy this article? Do not hesitate to discover our range of other valuable tree species on the website of the Essarbois Company.